Singing fountains in the Olympic Park

One of the main assets of Sochi is the Majestic Olympic Park, which was built for the Winter Olympic Games in 2014 and has remained unchanged to this day.

The park is so large and huge that we recommend renting an electric scooter or bicycle.

The main sports facilities of the Olympics are located here: the Fisht stadium in the form of a shell, the Iceberg Ice Sports Palace, the Adler Arena, the Puck ice arena, the Bolshoy Ice Palace, the Ice Cube curling center and the musical heart of the entire post-Olympic heritage - Singing Fountains!

This is a real work of art that can surprise even the most sophisticated audience! Hundreds of thousands of splashes soar up to an amazing and diverse accompaniment: from classical instrumental music, world pop hits and ending with soundtracks from famous movies.

Enjoy the waltz of flowers from the ballet «The Nutcracker» - please, dance to Spanish and Latin American rhythms - it's easy! In addition to the daily repertoire, New Year's sonatas, patriotic hymns, in general, everything that embodies the most significant holidays of Russia are played on holidays.

Amazing play of light - bright neon glare illuminates the entire Olympic Park, making it even bigger and more attractive. Like a firework, multicolored splashes shoot up like an arrow, breaking up into many glowing sparks.

Such a sight involuntarily brings tears of joy and genuine delight!

The singing fountain is built in the form of a mythological Firebird with a fiery crest and huge wings hugging the bowl. The bowl has a diameter of 75 meters and consists of 264 fountains with individual illumination. Can you imagine the scale?!

After the Olympic Games, almost three buckets of change were found in the fountain! Guests from all over the world have scribbled coins, because there is such a sign - a coin thrown into a pond at parting will definitely call its owner and he will return.

A visit to the «Singing Fountains» in Sochi will be a real adventure for the whole family. Next to them, you can take stunningly beautiful pictures that will remain in memory of traveling along such an amazing and multifaceted Black Sea coast. 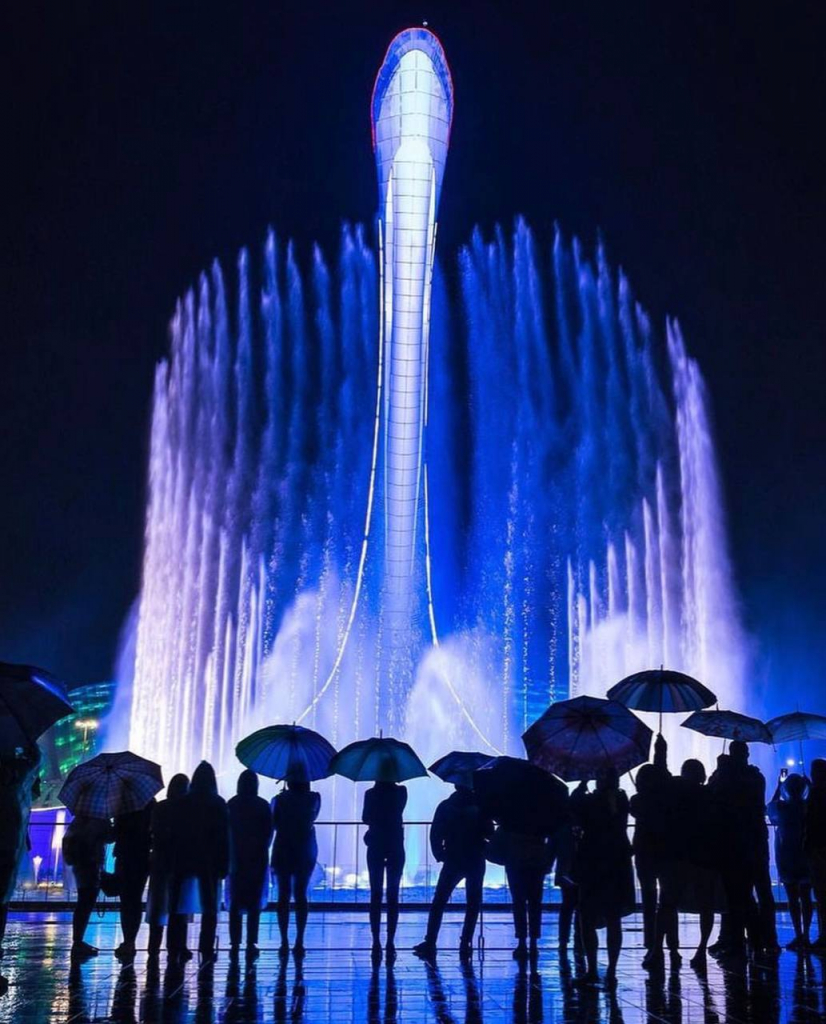